This is about my experience eating fermented honey. 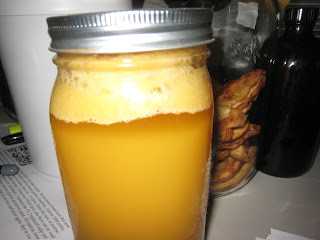 I live in an area with high humidity and even when the honey is capped, it can have a little extra water in it that can lead to fermentation.  So, although I harvest only capped honey, I ended up with some honey that fermented.
Not having had honey ferment on me before I became curious about it. It turned out that a lot of people I talked to, throw fermented honey out. I could not bring myself to do that. So, it sat there for a year and I watched it grow a fermentation cap. I did loosen the lid a bit so my mason jars would not break.

I eat fermented foods all the time. I looked at the honey and thought about how it resembled other foods I ferment. It visually looked OK.   It had a cap on it.  I smelled it. It smelled fine to me. There was the usual honey smell with a slight smell of what I would expect from fermenting fruit. This smell was ever so slight and not everyone could smell it when they sniffed the jar. 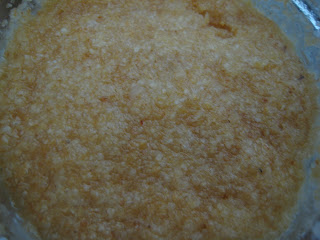 I thought about how I have drank a fermented honey drink called mead. I decided that this fermented honey was OK for me to experiment with even though many people seemed to feel it was something to toss out. I took the cap off like I would in any other fermented food. I took out a little of the honey found underneath the ferment cap and popped it into my mouth. I mixed it around my mouth and savored it like you would wine. It tasted like honey. I noticed nothing else. So, I ate a whole teaspoon, Yum.  I think I like this fermented honey.

I began using it as usual in my diet. I usually don't cook with honey as I eat it raw and want the enzymes, natural bacteria etc. to enrich my diet. So, I was adding it to tea or a dab on oatmeal after it cooled a bit, or just straight on a spoon. So, far it is simply yummy. I think I have found yet another food I can ferment to add to the diversity of my gut microbiome. I decided to enlist friends in my experimentation. I was moving and could not move a couple boxes full of quart jars of fermenting honey that had their lids slightly unscrewed. So, I gave friends who wanted to try the fermenting honey, a jar of this delicious treat. In some cases they took a few jars. I explained the fermenting honey to them and some were a bit cautious, but others exuberantly accepted the gift of fermenting honey. Now we had a fermenting honey club. I will continue to experiment with my fermenting honey and get feedback from my friends.

I  was also curious about the particular bacterias that are found in honey. I and other herbalists have used raw honey on wounds with good success. Could it be that good bacteria/yeast in the honey compete with bad bacteria in wounds to keep wounds from being infected? I was wondering what I could find on bacteria in honey.  I found a research article from 2007 that lists the following bacteria, yeasts and molds in honey.  I would caution you to realize this is not raw honey taken from our healthy family hive as many of us with bees would procure.

Most of us know that microbes do not usually grow in honey. Honey lasts forever it seems on the shelf. The most interesting thing I found in the article was that when honey was diluted with water, it supported the growth of non-pathogenic bacterial strains and killed the dangerous strains. The original researcher concluded from their various experiments that the concern of honey as a carrier of various diarrheal infections is only a slight possibility. I had to wonder if they were missing the boat completely and rather than worrying about it being a carrier of dangerous microbes, perhaps we should be considering a vehicle of health.

Honey has been used for centuries on infected wounds. The antimicrobial effect has been attributed to:

4)Phytochemical factors - Many complex phenols and organic acids (flavonoids) are in honey.

I have not seen anyone considering the fact that healthy bacteria in the honey might add to its effect. Additional thoughts are that the honey has a local effect on white blood cells that causes them to proliferate. Cytokines released from a white blood cell called a monocyte are also found to increase locally.

The article mentioned, Pure honey has been shown to be bactericidal to many pathogenic microorganisms including Salmonella spp, Shigella spp; other enteropthogens like Escherichia coli, Vibrio cholerae and other Gram negative and Gram positive organisms.

I would keep in mind that different kinds of honey from different plants and collected at different times or in different areas of the world will have different antimicrobial abilities or lack thereof.

Honey is fascinating, magical stuff that is definitely one of the many gifts I thank spirit for.

Posted by Dr Sharol Tilgner at 3:02 PM Links to this post